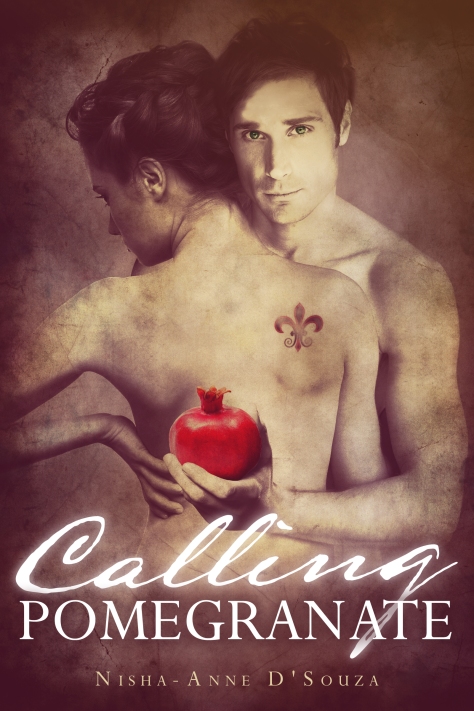 This book took me from hating the characters, to liking them, to growing to love them, to aching for them, but, more importantly, it then took me one step farther into forgetting that they weren’t real people. I admit this wasn’t the easiest read in the world, but the writing was so compelling that I kept on with it. The reason I say that is because it took about 25% of the book for me to stop disliking the protagonist, Sean. This was complicated by the fact that it’s Sean’s head we’re in and not liking him is a tough thing. But the thing is, Sean didn’t like himself, and that is an uncomfortable mind to be inside. It took, probably, another 25% to let go of that dislike and to move into a place where I was willing to like him. That was kind of amazing to me and a testament to this author’s skill. She moved me from one place to another with this character and did so in some pretty unexpected ways. There were some things I wasn’t sure I’d ever get past, and by the end I absolutely had.

Sean did so many fucked-up, human, annoying, wrong-headed things that hurt people, but most especially himself. At first, I couldn’t understand why he did such awful things, but as the book unravels, as you see him in more and more situations the understanding arrives. Though it doesn’t erase the desire to reach into the book and shake him.

The prose is amazing. The scenes are rendered so clearly that it’s like walking through a film, or being a ghost in the scene, living it with them. Or perhaps it is most like being actually inside Sean’s head, existing as Sean, or like you’re his best friend, more intimate even than his best friend, hearing his every thought, seeing everything in his unique way. That is, of course, what truly wonderful first person POV writing allows, and Ms. D’Souza manages it amazingly.

This next bit will cover the book’s biggest flaw: too many sex scenes. It stuns me to even write those words because I adore sex scenes. And for about the first 70% of the book there wasn’t a single sex scene that, when I looked at it honestly, I felt I’d drop. Even though there were an overwhelming number of them, sometimes one after another. Each one did a specific thing that was important for the reader and for the character. They moved the story along and there was an overarching theme to the sex scenes. However, when the theme is finally completely understood by both the reader and the character, I felt like some of the scenes became redundant. (Though they were always beautifully rendered, always intensely intimate.) Several could have been cut. There were several points when I actually thought, “Oh, man, not sex AGAIN.” And that’s a very bizarre thing for me to think because I’m a huge fan of the sex scene in books and like lots of them. I can honestly say I’m not sure I’ve read another book in my life with as many sex scenes as Calling Pomegranate contains. And, again, most of them were needed and important and accomplished something specific for the characters/plot/emotional arc.

The book is long and it was a time investment for me. It took me months to read it because of the above mentioned sex scenes–as a mom with a nosy kid, as a person who is usually reading in a place like my kid’s gymnastic’s lobby, there aren’t that many places I’m totally comfortable reading sex scenes, and my reading time is often limited, so I’d have to leave this book aside for long swaths of time.

Back to the good things: there are several reveal scenes in the book that are breathtaking in their humanity and emotional impact on the readers and characters. This book took me on a journey into these characters lives in a really intense, emotional way. And, just as one of the themes in the book suggests, growing to know these characters changed things for me. I went from thinking Sean was an asshole and that Cary was frustrating, from thinking that their sex was brutal and fucked-up, to finding the dark, sweet heart of their humanity, to understanding them and loving them like they were real people, to having understanding of their motivations like I do for my closest friends. And, well, that’s a damn triumph.

I’m severely disappointed that this book has such a limited audience. It’s a sad testament to the fact that some brilliant books will never get the audience they deserve. This isn’t an easy book to read, but it’s a book worth reading. There aren’t many people who can write like this. It’s a shame that so many people will miss out on reading Ms. D’Souza’s prose.

At the same time I understand why it might be less accessible to some people. It’s full of references and fannish love of music, movies, books. It’s got characters who are obsessed with these things in a way that goes deeper than the average joe and they use this fannish love to communicate with each other. There’s a nerdiness here that some readers might loathe and others might see as shallow–because you have to know what it is to love some media deeply to really understand how using that media to communicate can work and buy it as a valid form of communication of emotion and meaning between characters.

Regardless, it’s brilliant and I’m a little angry that I’ve had this intense reading experience and I doubt that many others will end up sharing it with me. If you do read it, let me know. I’d love to discuss it with you.

One thought on “This Book Is Brilliant. This Book Is Flawed. Calling Pomegranate. #amreading #review”