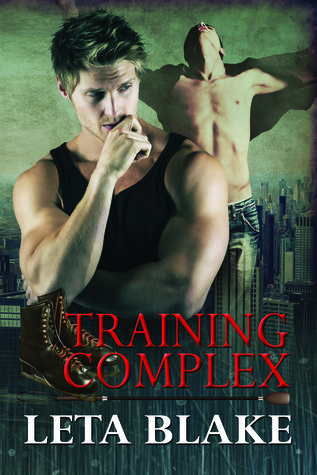 “Even though this book isn’t always easy, it is incredibly rewarding and I can definitely recommend it.”

Hooray! We are very happy with this great review from Joyfully Jay!

“So obviously this story is a take on the Jack and the Beanstalk fairy tale.  I was so excited to read this one as we can find Cinderellas and Beauty and the Beasts all over, but this is a story I have never seen translated into romance.  I think the authors did a great job taking the flavor of the traditional tale and building this story from it.  We have a lot of the key elements from the original — the evil giant in the castle in the sky, the magic beanstalk, the hidden gold, and poor Jack with his beleaguered cow.  But from there the authors expand the lore, creating rich back stories for each of the men, especially for Rion, who is only a monster in the original tale.  The story is nicely developed with a lovely feel good ending, capturing the magic of a fairy tale while still keeping enough elements of a more traditional story to keep it grounded.

….this was a really fun story.  If you enjoy a good fairy tale,  I would definitely recommend this unique take on Jack and the Beanstalk.  I found it really well done and it left me with a satisfied smile on my face as the men headed off to their happily ever after.”

Before I get into the review of the book I just finished reading, I’d like to say that we’re thrilled to report that Top2Bottom Reviews gives Earthly Desires 4.5 out of 5!

“Earthly Desires is a sexy story between two unique and interesting heroes. I loved the way the story was told and enjoyed the fairytale-ish theme of the book itself. It’s full of adventure, romance and it highly entertained this reader throughout the entire book.”

Inertia by Amelia C. Gormley is the story of Derrick, a man in his early thirties, who has cut himself off from risk, adventure, and relationships after an unfortunate series of circumstances that led him to losing everyone he loved by the time he was twenty-one. Unwilling to experience the crushing pain of loss again, he’s drifted through a pleasant if boring decade of the same old, same old. Until he meets Gavin and suddenly the possibility for something more appears on his radar. Will he be brave enough to accept the inherent risk that goes along with daring to feel something new?

I worry that what I will say next will somehow come across as a backhanded compliment, when it is definitely not intended as such. It’s just a straight up compliment. So, please keep that in mind. Amelia writes Derrick with an attention to detail that in another person’s hands could become tedious. Instead, however, this detail shows us a fully fleshed out picture of a man who takes his time in everything, who tries to mitigate even the smallest loss, or unexpected outcome, by concentrating entirely on the steps of each part of his day and job. Every time I’d start to think something like, “Did we really need to know about how Derrick took his time sanding that bit of shelving?” I’d realize that, yes, we did need to know that–because Derrick’s inability to deal with unexpected outcomes, and his extreme caution in the face of everything is the crux and crisis of this book.

Derrick is a kind man, and given how slow and thorough he is, I never found myself annoyed with him for that trait. I did find his reaction to one of Gavin’s revelations sufficiently appalling (and thus incredibly realistic and human) that I had a hard time forgiving him for a little while, and frankly had a harder time forgiving him than Gavin did. In addition to Derrick’s initial reaction to Gavin’s story, I also had a hard time with the fact that Derrick, knowing what he ends up knowing about Gavin, keeps the specifics of his own issues to himself and doesn’t share them with Gavin. He uses a somewhat believable excuse that he doesn’t want to make Gavin’s problems all about him. But the way Gavin’s problems intersect with his own are the crisis of the book and the relationship, and I felt that remained unresolved because Derrick never actually shared the most damaged part of himself with Gavin.

That bothered me because Gavin laid it bare, made himself vulnerable in a really intense way, Derrick reacted horribly to it, and then, in my opinion, didn’t make up for it by providing Gavin with an equal vulnerability. That left a bit of sour taste in my mouth, because it gave Derrick a power position over Gavin, whether he intends to use it or not.

But here’s the thing–I was glad for these problems with the character. This is a very psychological book. There’s not a lot of external adventure. It’s not got a lot of vibrant world building, or evil villains, or anything outside of two people’s very realistic hang-ups about sex, love, and life as the problem that needs to be resolved to reach a HFN or HEA ending. Had Derrick handled things beautifully, there would have been no book, because it would’ve been boring as hell, and completely unrealistic. So, while I did find myself annoyed with Derrick at times, I was also incredibly happy to feel that way, because it meant I was emotionally invested and I cared about both men.

The book ends in a place without any cliff-hangers, but it’s a good thing there is another book (two, actually) coming, because I felt like if this was all that had been offered, I would have been somewhat annoyed. In fact, looking at the reviews of Amelia’s book, I’ve wondered if she would not have been possibly better off combining books one and two, because I think she would’ve gotten higher ratings had people been able to see what happens next. For the record, I know a little of what happens next because I’ve communicated with Amelia about it, and I’m very curious to see how Derrick and Gavin go from this relationship to that relationship.

If I had stars ratings, I’d give this a solid 4.5/5 stars because I was turning the pages like crazy and felt really invested in the outcome of these characters. I wanted more from them, and kind of wished the book had another 20 pages in it so that I could just revel in how cute they could be together a bit longer. I’m not sure the 20 pages I wanted would’ve added to the story in any way, though, so I am not saying this is a flaw of the book, but am saying that the book and characters left me wishing for more, more, more.

The sex in the book was very hot (yay!), but ended up being secondary for me. I was much more interested in how Gavin got to where he is now, and in how Derrick was going to open up. Was he really going to dare and risk and make himself vulnerable? Was he going to step up to the same level as Gavin in terms of putting himself out there? I wanted to know!

I thought this was a wonderful fall read. It definitely lent itself to curling up in my comfy covers while the autumn light drifted in. I can’t wait for the second book and I highly recommend this one to all who enjoy a slow burn romance with the promise for more!

By the way, if you’ve read the book, I’d love to discuss it in comments! Especially if you disagree with anything I’ve said above.