“Wow, I do love this author’s amazing writing style and story lines! This was a very enjoyable read, it may be heartbreaking at times but there is plenty of humour between the characters and some great sub characters that make this a excellent read. I was wishing throughout for Leith to get his memory back and everything to fall into place but also knew the brain is a complex organ that sometimes just can not heal itself. I can’t give the story away so this is a must read!! I would really like a second book,as I would love to know what the next year or Two brings for these wonderful characters! Highly recommended!!” 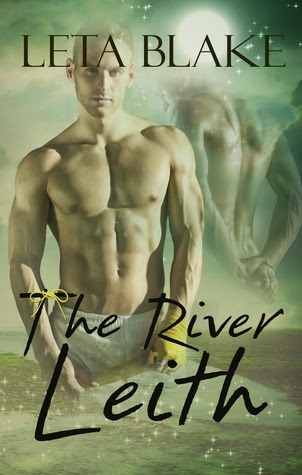 After an injury in the ring, amateur boxer Leith Wenz wakes to discover his most recent memories are three years out of date. Unmoored and struggling to face his new reality, Leith must cope anew with painful revelations about his family. His brother is there to support him, but it’s the unfamiliar face of Zach, a man introduced as his best friend, that provides the calm he craves. Until Zach’s presence begins to stir up feelings Leith can’t explain.

For Zach, being forgotten by his lover is excruciating. He carefully hides the truth from Leith to protect them both from additional pain. His bottled-up turmoil finds release through vlogging, where he confesses his fears and grief to the faceless Internet. But after Leith begins to open up to him, Zach’s choices may come back to haunt him.

Ultimately, Leith must ask his heart the questions memory can no longer answer.

After giving up on his career as a country singer in Nashville, Christopher Ryder is happy enough performing at the Smoky Mountain Dreams theme park in Tennessee. But while his beloved Gran loves him the way he is, Christopher feels painfully invisible to everyone else. Even when he’s center stage he aches for someone to see the real him.

Bisexual Jesse Birch has no room in his life for dating. Raising two kids and fighting with family after a tragic accident took his children’s mother, he doesn’t want more than an occasional hook-up. He sure as hell doesn’t want to fall hard for his favorite local singer, but when Christopher walks into his jewelry studio, Jesse hears a new song in his heart.

“I thought this was a really good start to the serial. Both men are clearly attracted to each other and have the same ultimate goal, but they have such polar opposite outlooks on life and how to go about things, that I can’t wait to see them navigate what’s coming. If they don’t physically kill each other first the underlying sexual tension just might do the trick! We don’t get to see them in bed, but the few memories we’re treated to and hints of some shared kinks are enough of a promise to keep me going.

Fast paced and very entertaining, the first Episode of Will & Patrick has left me wanting more. Next up, Will has to take Patrick to face the wrath of his mother.

Reviewed by Debra for Sinfully…Addicted To All Male Romance

“This is my first time reading this authors work but I loved this book! The story was well written, the characters were real from page one, and it had everything a good romance should offer. I couldn’t put it down. I laughed and I cried but in the ends I was cheering for Jesse and Christopher. I only hope that the story continues with Gareth’s story.”

And now at KOBO.

“This was, at its heart, an amazing and raw love story. As is only fitting given the characters, there is a slow build to the sex, but when it hits the page, it was remarkable. This book kept me up into the night and it lingers in my mind days after it was done. I feel like Nicky and Jasper are there on their island, and I can’t help but wait to see the amazing journey their love is taking.

There is an excellent collection of secondary characters, and the plot is engaging and well paced.

“Vespertine is a fantastic, challenging read, the romance is emotional and passionate. The pacing is excellent, the dialogue authentic and Indra and Leta’s writing style is warm and smooth, it’s like painting pictures with words. Marvelously done!”

“I was a hard sell on the topic of this book. But, little by little, Nicky and Jazz won me over. They were riveting, compelling characters, drawn with such confidence and empathy. They gave me goosebumps. They made me cry. They made me cheer.

This is an exceptional book, and I highly recommend it.”

“The fine writing of this tale unequivocally blew me away. Man, I was waiting for the other shoe to drop while reading this. I thought it was going to be too preachy, and I surely didn’t want to see outright disrespect of the church or religion. I know by now I say I’ve loved a ton of guys throughout reading this genre, but I’ve only been emotionally invested in a select group of guys. Now we can add Father Jazz and Nicky.

I definitely see myself re-reading this before the year is up. Kudos to you Ms. Blake & Ms. Vaughn.”

I’m so pleased to announce that the Kindle Unlimited enrollment for Training Complex has expired! The sequel to Training Season is now available on Nook, ARe, and Smashwords. It will soon be available at iTunes and Kobo, as well. Those of you who have been waiting for its availability on non-Amazon platforms, the time has finally come! 😀

Buckle up – Matty’s back!

After Rob sold his ranch and Matty hung up his skates, they started a new life together in New York City. Now Matty has taken on a fresh challenge as a figure skating coach, and Rob’s second career as a physical therapist should be everything he’s dreamed of. But in the brutal heat of their third summer in the city, Rob yearns for the wide-open country, and the intensity of city life awakens Matty’s demons.

Their love is deep, but Rob will have to admit the truth about what he really wants before they both tumble into chaos.

Click for reviews and praise for Training Complex!
Buy at Amazon

Buy at All Romance Ebooks

“Normally I shy away from stories involving religion… but I love Indra Vaughn’s writing style and ever since I’ve heard she was writing a book in collaboration with Leta Blake I couldn’t wait to get my hands on it.

What can I say without giving away too much? I fucking loved this book, I loved Leta & Indra’s writing style, how they created these two awesome guys. I absolutely adored Jazz and Nicky.

Vespertine is a fantastic, challenging read, the romance is emotional and passionate. The pacing is excellent, the dialogue authentic and Indra and Leta’s writing style is warm and smooth, it’s like painting pictures with words. Marvelously done!

I loved everything about this story, from the interesting plot to the amazing characters. I really tried to read the story slowly, leisurely, over a few days, to savor every word… and failed. Once started I couldn’t put the book down anymore.”