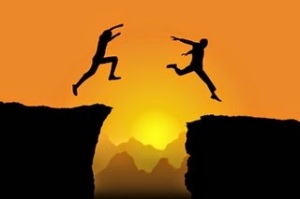 Looking back, did you write more than you thought you would this year, less, or about what you’d predicted?

I always overestimate what I’m going to get done, so I’d go with less. I always think I’m a super-human machine who will be endlessly inspired and motivated to crank out word after word after word. Then it turns out I’m human and have down periods and times when four pages just won’t “lay flat” and I spend a week on them.

What did you write that you would never have predicted in January?

I published Angel Undone. That was never in my plan for the year. It hit me in June that I was essentially done with the story. That it was finished in my heart and that it was either going to languish on my hard drive forever or I was going to send it out into the world. So I quickly polished it up and published it. I also never would have guessed that I’d be working on my current WIP. It was never, ever in the plan for 2016/2017, but events transpired with the fall releases that made me have to take a step back from my goals in October. This WIP hopped into that space overflowing with words and begging to be written. In my need for something to feel good/right/moving, I took it on, despite reservations about it. And now I’m nearly 50% finished with the book. I hope to have it out in early spring.

What’s your own favorite story of the year? Not the most popular, but the one that makes you happiest?

The unfinished book that makes me the happiest is the one I’m working on right now. It’s a bit top secret until I’m closer to the release date, but let’s just say that it involves, um, male pregnancy. The book I published this year that makes me the happiest is You Are Not Me. You have to suffer through Pictures of You to get to it, but everything about You Are Not Me fills me with joy. Maybe I’m weird, but, unf, I love these characters so damn much.

Did you take any writing risks this year? What did you learn from them?

I did! Everything I did this year was a risk, from doing the Will & Patrick Wake Up Married serial to releasing ’90’s Coming of Age books, to Angel Undone. The real question is which risks paid off? And what does it mean for something to “pay off”?

Will & Patrick turned out to be a brilliant choice. It was crazy fun to write and has turned into a consistent little money maker, which, let’s get frank, is important.

Angel Undone didn’t really pay off in terms of critical reviews or sales, but it did get the hell off my hard drive and that, believe it or not, is a pay off that is priceless in some ways. No more agonizing over what to do with this little story. It’s out and done.

And then ’90’s Coming of Age (Pictures of You & You Are Not Me)… Well, guys, I don’t know. I have a lot of mixed emotions about this risk because it did exactly what I expected it to do: it was a financial and sales flop, but a critical darling, and, dammit, I lived off those reviews like it was ambrosia of the gods. But reviews don’t pay bills and they don’t put food on the table. For the first time ever, books I self-published didn’t pay for themselves or even come close. I’ll be releasing something in the new year regarding the plans for ’90’s Coming of Age, but I will state here that I can’t afford to put out more in the series until I produce something that refills the coffers.

So, the risk of publishing the ’90s Coming of Age series paid off in a few ways: wonderful reviews, dedicated fans, and starting the process of getting a 14 year old project put to bed. But now I’m looking at knowing that I have to invest another large hunk of money into two more books in order to finish it off, and I have quite clear evidence that those two books won’t be able to pay for themselves. So I have to be careful and very wise with my next publishing choices. Something my muses don’t understand–as evidenced by the male pregnancy WIP!

So, I guess, as you’ve seen, I’m diving into bigger risks this year, too. But more on that later.

My most popular story of this year:

The Wake Up Married serial for sure!

Story of mine most under-appreciated by the universe, in my opinion:

Ha! Well, I think it’s pretty clear from my rambling above that Pictures of You & You Are Not Me didn’t get massive sales numbers (or even decent sales numbers) so that’s what I’d have to go with, though I will say the people who did read it, mainly reviewers and those who got ARCs, seemed to love the books so much that I felt they were quite appreciated by those who took the plunge.

Most fun story to write:

I have adored working on this current story! It’s just been delicious and fun and everything I’ve needed right now.

Story with the single sexiest moment:

Hmm, I think that You Are Not Me has a really sexy moment, but it’s not as graphic as some I’ve written.

Most “Holy crap, that’s wrong, even for you” story:

Probably this male pregnancy story? Or maybe the dark erotica I’m working on under a different pen name?

Story that shifted my own perceptions of the characters:

You Are Not Me. Once I understood Daniel, everything fell into place.

We Can Be Good. The third book in the ’90’s Coming of Age series. I wrote 90,000 words of it several years ago and in reviewing those words recently I was sort of horrified to realize that most of it has to go. (And most of it is sex. Apparently, I was really into showing ALL THE SEX and that just doesn’t fit the vibe of the books anymore.) So now, between realizing that I’m basically going to start Book 3 from scratch, and knowing that I haven’t even come close to paying for Books 1 & 2, I sort of quail in fear every time I open the document. I’ll move past it, though. Eventually. It will be released in 2017. I WILL MAKE IT HAPPEN.

How well the Wake Up Married serial was received. I had been told that serials were a mistake and a disaster and don’t do it, but while they weren’t the rousing success of Smoky Mountain Dreams, they have proved consistent and worth the time and effort.

Definitely the male pregnancy WIP I’ve got going. All my societal issues are getting dumped into it. Yay.

Do you have any goals for the New Year?

I do! I wrote a whole blog post about that a few weeks ago. Check out the second half of THIS POST for my 2017 goals.

I’ll update more on my plans for ’90s Coming of Age books in a week or so. Until then, let me leave you with the best New Year’s Wish in the world, penned by Neil Gaiman:

I hope that in this year to come, you make mistakes.
Because if you are making mistakes, then you are making new things, trying new things, learning, living, pushing yourself, changing yourself, changing your world. You’re doing things you’ve never done before, and more importantly, you’re Doing Something.
So that’s my wish for you, and all of us, and my wish for myself. Make New Mistakes. Make glorious, amazing mistakes. Make mistakes nobody’s ever made before. Don’t freeze, don’t stop, don’t worry that it isn’t good enough, or it isn’t perfect, whatever it is: art, or love, or work or family or life.
Whatever it is you’re scared of doing, Do it.
Make your mistakes, next year and forever.