The Archangel Michael is tired.

He fought wars and shoved his brother Lucifer out of heaven all before the Dark Ages rolled around. His role as protector of Israel now encompasses all of humanity, and while he performs his job perfectly, there’s little personal joy in it.  Until one night in a bar when he meets Asher.  Michael isn’t sure what it is about the vulnerable, self-deprecating Asher that calls to him, but something about his restrained depths, gentle smiles, and encyclopedic knowledge of flowers tugs at Michael in a way that can’t be denied. Too bad romance isn’t part of his mission.

Facing an eternity of perfect submission to God’s authority, rebellion stirs in Michael. Questions of free will, angelic vocation, and the role of love and lust demand answers that just might cost Michael his place in heaven. 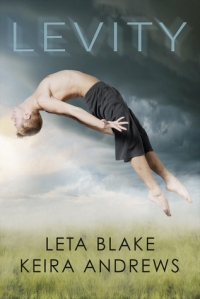 Cursed as an infant with a lack of physical and emotional gravity, Prince Efrosin can’t keep his feet on the ground or his head out of the clouds.

Laughing his way through life, he’s never been weighed down by love and lust.

Then one fateful day, his tenuous tie to the earth is severed and he blows away on the wind. He’s rescued by Dmitri, a handsome young woodsman who suffers from a mysterious curse of his own, and the two strangers are irresistibly drawn together. Experiencing sex and love for the first time, they dive into a delightfully sensual and passionate affair.

But the evil witch who cursed them is planning her ultimate revenge. Efrosin and Dmitri must fight to find their fairy tale ending and live happily ever after. 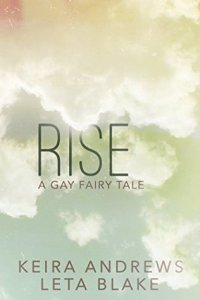 What happens when Jack meets a sexy man atop that beanstalk?

Rumors of treasure have long sent fortune hunters clambering up a magic beanstalk to a mysterious castle in the clouds. Survivors told of an evil giant who guards the gold and glittering jewels with savage strength. No sane man would dare risk the climb—but Jack has nothing left to lose. Shunned for his evil red hair and abandoned by his cruel lover, he’s desperate to escape his life.

Rion isn’t a giant, only a man bearing the burden of protecting his family’s legacy. It’s a lonely existence, but he’s duty bound. Then Jack appears, and Rion’s world is turned upside down. After a blazing confrontation, undeniable lust sparks. Isolated in the clouds, Jack and Rion give in to their desire and growing connection. But do they have the courage to let go of the past and follow their dreams?

Soon they must protect the treasure—and each other—from a new threat. And they have everything to lose.

This is a retold fairy tale with a twist. Previously published as Ascending Hearts; this version has been revised and expanded.

There’s no greater mystery in the kingdom than where Prince Mateo’s sisters disappear to each night.

The king is determined to discover where they go and issues a challenge to all the nobles to help him learn their secret. Hoping to protect them, Mateo hides beneath a magic cloak and follows his sisters to an enchanted world of fairies and lusty delights.

Ópalo has waited years to finally meet his human lover. Fairies are bound by fate, and Ópalo is eager to embrace his, and plans a future with Mateo. But while Mateo soon succumbs to the pleasures of the flesh, he refuses to surrender his heart so easily.

As their worlds collide, Ópalo has to risk everything to win his man forever.

Previously released as Love’s Nest in 2013.